During my time working in South Sudan, I spent a week alongside the staff of Pariang Hospital, near Yida, in South Sudan's far north.
This article was originally published in September 2014 by the wonderful team at CARE.
--

‘What did you think?’ I’m asked by Isaac Ibrahim, a CARE-employed nurse, as our truck pulls away from his workplace, Pariang Hospital.
‘Umm… it’s hard. Very hard. You’re obviously all under a lot of pressure,’ I respond, weakly.

Isaac’s simple question has thrown me. I feel like any response will be woefully inadequate to the pressure, frustrations and challenges that Isaac and the 25 other staff at Pariang Hospital, in the far north of South Sudan, are dealing with every single day.

The hospital, in South Sudan’s Unity State, an area home to thousands of refugees from Sudan, is meant to support around 80,000 people from 100 kilometres in each direction. Syringes, equipment and medicines, including antibiotics and anti-malarial medicines, are in short supply. With roads impassable, hospitals like this rely on infrequent and expensive air deliveries for the necessities. Staff are clearly exhausted. 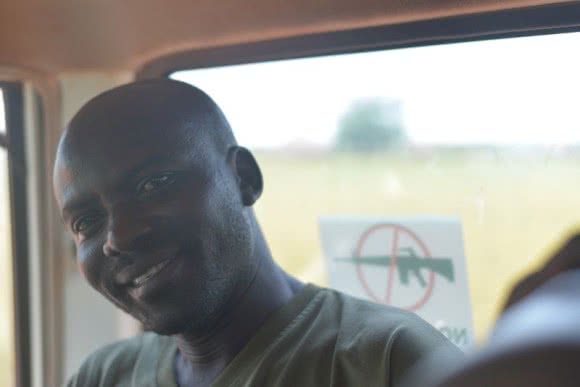 As our truck rolls along the long, straight dusty road back to Yida, where CARE’s operations in this part of Unity State are based, I begin to feel ashamed by my inadequate response. I distract myself by rifling through some notes from the visit. Isaac looks on with youthful interest. I show him some of the photos I’ve just taken, including one I took of him.

I ask Isaac how old he is. He tells me he is 40, but he certainly doesn’t look it. I tell him this, thinking that a change of mood might help, adding that most people think I’m yet to celebrate my 21st birthday, despite being 32. He smiles. But then he points out a small figure in the background of one of my photos. ‘What did you think of the little girl? About what was happening with her?’

The brief moment of shared youthfulness between us is over, because even without looking at the photo, I know the girl he’s talking about. No more than four or five years old, she was the first person my eyes were drawn to when we arrived at the hospital, sitting quietly on the waiting chair outside the clinic next to her father, a local policeman who had the same exhausted look of so many people here. The little girl was clearly very, very sick.

‘Does she have malaria?’ I ask Isaac.

‘Yes. But it’s more than that,’ he replies. ‘Even for a little girl like her, whose father has a paying job, there isn’t enough food for families to eat.’

‘We’re seeing many children like her. Some have malaria, many have diarrhoea from the malnutrition. Some are so badly malnourished that we have to send them straight to the emergency feeding centres. It’s very common now.’

Patients at the waiting at the Pariang health centre. The CARE health clinic in employs ten dedicated staff and it opened an operating theatre in April 2014. ©Josh Estey/CARE

I ask Isaac about the ‘now’. Since December last year, this country – just three years into its life – has been racked by violence, fear and hunger. And even before the outbreak of violence, South Sudan was one of the poorest countries in the world.

‘Before the war, things were better,’ Isaac tells me. ‘But once this war happened, people have just run away from their homes out of fear. They’ve lost their properties, they are living in very bad situations in the bush or in camps. There’s no healthy food like they used to eat.’

He tells me many sick and injured people were facing frightening journeys just to get to hospitals like Pariang.

‘Patients are coming in from far, far distances away – they’re just coming on foot, having walked for days. Or they’re arriving with transport like donkeys, or four people will be carrying a patient in on foot.’

He pauses and looks down at his hands. Isaac’s clearly seen a lot worse than people coming in exhausted.

‘There is still fear. Fear is still there, even though there is talk of peace agreements. There is no real signs of peace.’

I hope, for people like Isaac, and the hundreds of people he and the staff at Pariang Hospital support each week, that the peace comes soon.

Climate Change in Fiji in VR

Is VR a game-changer for communicating development?

360° VR in Solomon Islands: The Price of Conflict, the Prospect of Peace

Improving literacy in Bougainville, one step at a time

Going back: A refugee's journey home

South Sudan: "It was all burned to ash."

Beyond the wire: Connecting the Pacific

SOLO: life in the Solomon Islands

Correfoc: When devils hit the streets

By the rivers of Kalimantan

On the rails in India

Crossing over: trekking across Guadalcanal

Sleeping with the anenome